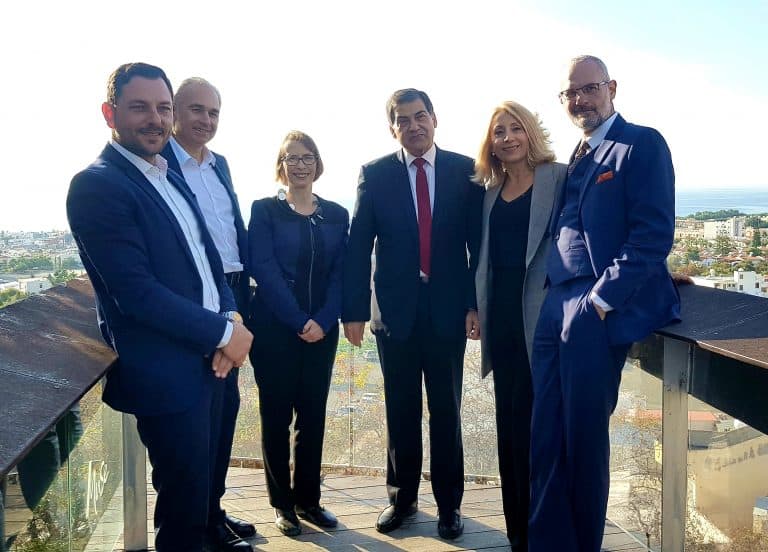 PCCI meeting with the US Ambassador Mrs. G. G. Garber

The President of the Paphos Chamber Mr. A. Dimitriadis, the Vice President of the CCI Mr. G. Leptos and the Secretary / Director of the Pafos Chamber Mr. M. Stylianou were invited to the working lunch with US Ambassador Mrs. G. Garber. The Ambassador was accompanied by the Deputy Director of the Department of Politics and Economics Mr. M. Palermo and Ms. M. Gialourou, Policy Specialist.

The discussion was very productive and constructive and focused on the relations between the two countries but also on the prospects for further strengthening and deepening economic relations. Information was provided on the local economy and the efforts made by the Chamber and the Private Sector to continue the positive development path of the city in line with the projects and infrastructures implemented by the State and Local Authorities. The United States can certainly play a leading role in the Cypriot economy and in issues related to security and peace in the wider Mediterranean region.

Further steps were agreed by both the Chamber and the US Embassy aimed at attracting investment mainly in the areas of Technology, Land Development, Medical Services and Education in the near future. The primary goal of the two parties is to have meetings on the road so that both business circles can come into direct contact with common interests.